Fathers and father figures are often pillars of wisdom, knowledge and advice in our lives. As we gear up to celebrate father’s day in our communities, we asked our residents to share what fatherhood means to them, or what their relationship with their father taught them. Here are just some of the heart warming and inspiring stories from across our communities. 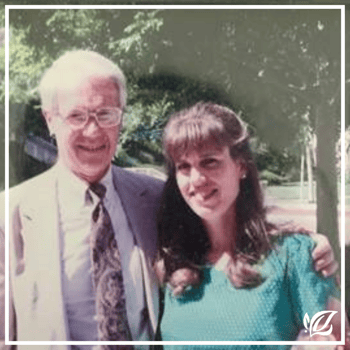 John is a father of both a son and daughter. His daughter, Ann, is a nurse practitioner in San Diego. John is so proud of her accomplishments, including being named the employee of the month at Scripps Hospital, where she works in the ER. One of John's fondest memories with his daughter is the time they spent on an African Safari.

John’s son, Jay, is currently in Africa where he serves as a missionary. Some of John’s best memories with his son involve their time together at the club YMCA, where John assisted as a Indian Guide with his son for three years. We wish you a very happy Father’s day, John! 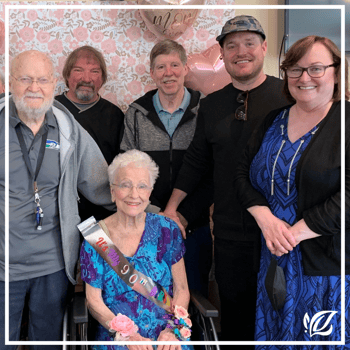 Both Arnie and his wife Dee, are residents at Pacifica Senior Living Ellensburg. Arnie’s son, Kerri, fondly recalls family trips to Alta Lake with his siblings and parents.  He remembers the patience his Dad had as he taught his kids and all the neighborhood friends how to water-ski.

Kerri now is a parent himself, and was delighted when they got to have the same experience of Arnie helping him teach them to ski.  “[There is] nothing like having grandpa to hold on to them in the water giving them advice and cheering them on,” he shared. Kerri told us how blessed he and his siblings feel to have had such a loving father that made the time to make sure they had those wonderful memories that will be with them for a lifetime. 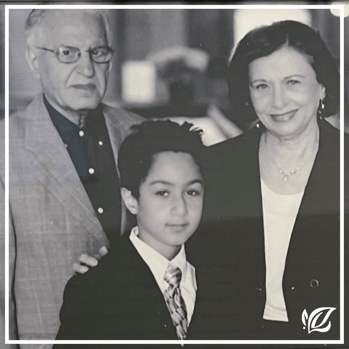 Mehdi is a resident at Pacifica Senior Living Burlingame, who has lived a very accomplished life. His motivation and drive were inspired by his father. When he was younger, Mehdi watched his father, who worked for the IRS, work with care and precision. The way he made documents and reports inspired Mehdi’s love for language and writing. He pursued this love of language and obtained a PhD at the University of Texas. He then went on to found the Persian language program at the University of Utah, and published eight books on the study of Persian language. Dr. Mehdi is thankfully to his father for instilling such a hardworking attitude and love of language in him. 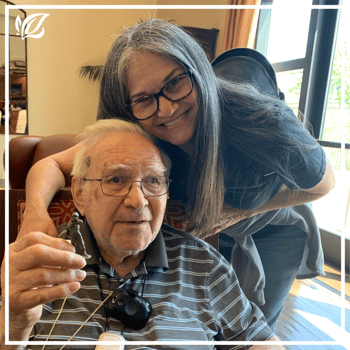 Jerry lives at Pacifica Senior Living Oceanside and has two daughters. His favorite memories are the times he spent with his wife and kids. One memory that stood out for him was a fishing trip that they all took to Northern Wisconsin. While they were fishing on the lake, a small plane landed on the water. The pilot was offering plane rides, and Jerry thought it would be a fun experience for his family, so they decided to take a ride.

While up in the air Jerry mentioned to the pilot he was wanting to get his pilot license, so the pilot let Jerry take over the plane briefly. Jerry recalled what a  wonderful experience it was for him, and wishes he would have had a camera to capture the family moment.

His daughter, Laurie often comes to visit him, and recently brought military dioramas for her dad to set up. Jerry loved telling stories about his time in the war and how he was the radio guy while building the Diorama with his daughter. 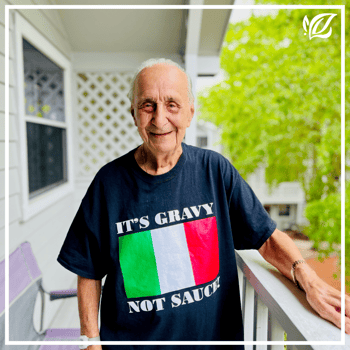 Ed grew up in a large family that originated from Sicily, Italy. One of Ed’s fondest memories growing up was of his father teaching his mother and her family how to cook authentic Italian food. He remembers his father being a saint and someone he looked up to. He enjoyed his father’s cooking so much he decided to pass the tradition down to his four children and taught each of them how to cook. Now the whole family enjoys the delicious tastes of Italy.

"It's gravy not sauce" is his chef inspired personal motto. 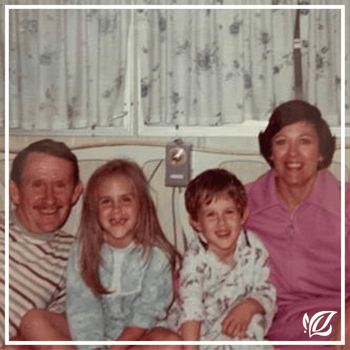 Dean’s personal motto of advice is:

“ The future belongs to those who prepare for it”

He is the father of two children, Jennifer and Kevin, and has many fond memories of them throughout the years.

Some of his favorite memories with his family are the camping trips they used to take during the summer to the Redwoods. His children were always very excited to go camping especially when they took the camper on the road. They enjoyed going to the beach and going on long hikes with their dad.

Father’s day is a time to reflect and thank the fathers and father figures in our life who guided us, supported us, or taught us along the way. From childhood memories to life lessons or inspiration, the fathers in our lives help shape us into who we are today.

Check out activities at your local community for upcoming father’s day celebrations or events to help thank the wonderful fathers, grandfathers and father figures across all of our communities.